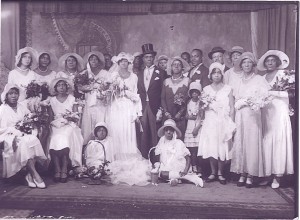 "100 Years of Faith" is a 45 minute documentary film about the oldest black church in the Province of Quebec. The Union United Church first opened its doors in 1907 and has played an active role in the history of Montreal for over 100 years.

The Union United Church is one of the last standing monuments in Little Burgundy, an area of Montreal that has become synonymous with Black Canadian history. Canadian celebrities like world-famous musicians Oscar Peterson, Oliver Jones and Hollywood actor Percy Rodriguez, all grew up in this little church. For a century, the Union United Church has been a spiritual haven and cultural emporium for several generations of Black Canadians. The church has an amazingly rich history and the film shows the contributions it has made to the Black community and how it helped establish Montreal as a world-class city. When Nelson Mandella made his first official visit to Canada in 1990, he chose Union United Church as the place for his historical visit to Montreal.

There are many memories collected over 100 years. In the midst of it all, we are witness to a unique faith from a collection of dedicated individuals struggling to commemorate the remarkable achievements of a little church that has lasted 100 years.